On some occasions you may want a bastion host present in your VPC. For example:

psst... should you ever need a great alternative to a squad of Squid proxies for outbound filtering, consider discrimiNAT for a cloud-native solution 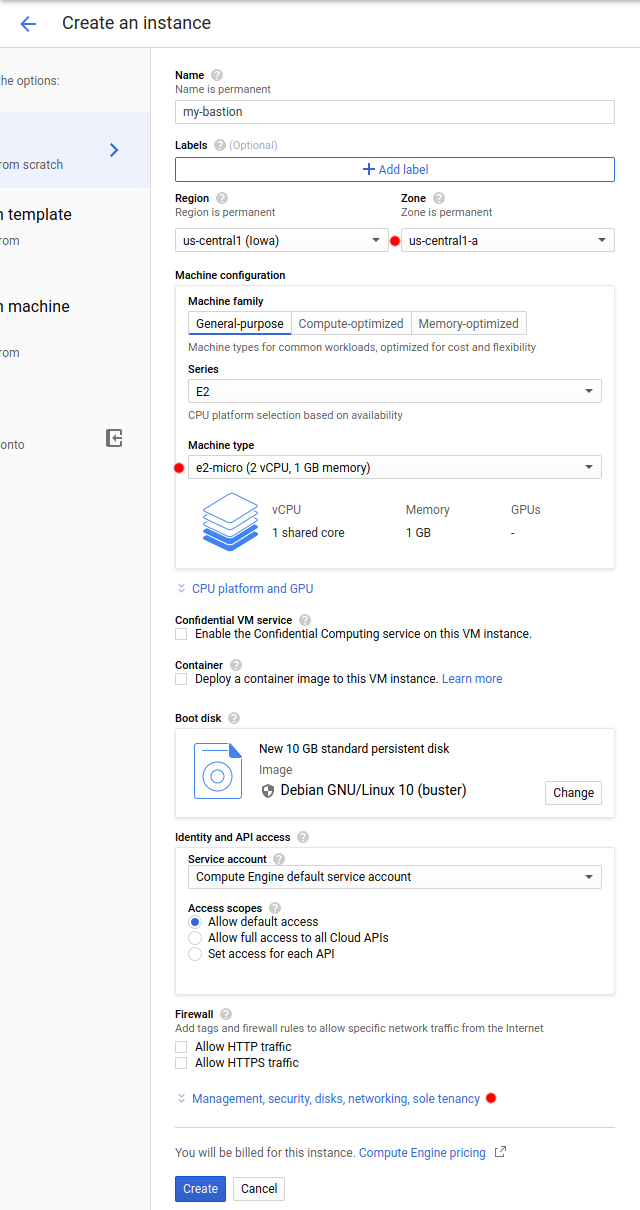 Let's create a new instance pretty much as usual, taking care that:

We will need to add a small detail in the networking section, though. See the next image. 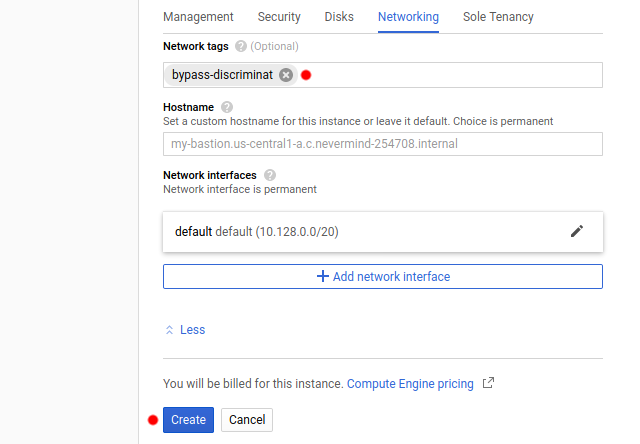 Your bastion host on GCP is now ready!

Accessing a discrimiNAT instance through the Bastion​

The discrimiNAT image is hardened per CIS Benchmark for Ubuntu Linux 18.04 LTS Benchmark v1.0.0 Level 2 Server. Therefore, SSH access to it requires your posture to be sound and secure. Let's check with a few commands on your machine:

If you manage to lock yourselves out of a discrimiNAT instance due to repeated authentication failures, either terminate the instance and let the managed instance group bring back a new one, or wait 15 minutes.

Accessing a host without a public IP through the Bastion​

This could be much simpler if your target instances are not fussy about where you connect from and how many keys you present. However, since the targets do not have a public IP address at all in this case, you still need to use a bastion host, so there is connectivity to and from them. The commands are the same as above: